Tradeshows Are Back: Here’s a Refresher on How to Maximize Your Investment in Time and Costs

Home » Resources » Tradeshows Are Back: Here’s a Refresher on How to Maximize Your Investment in Time and Costs 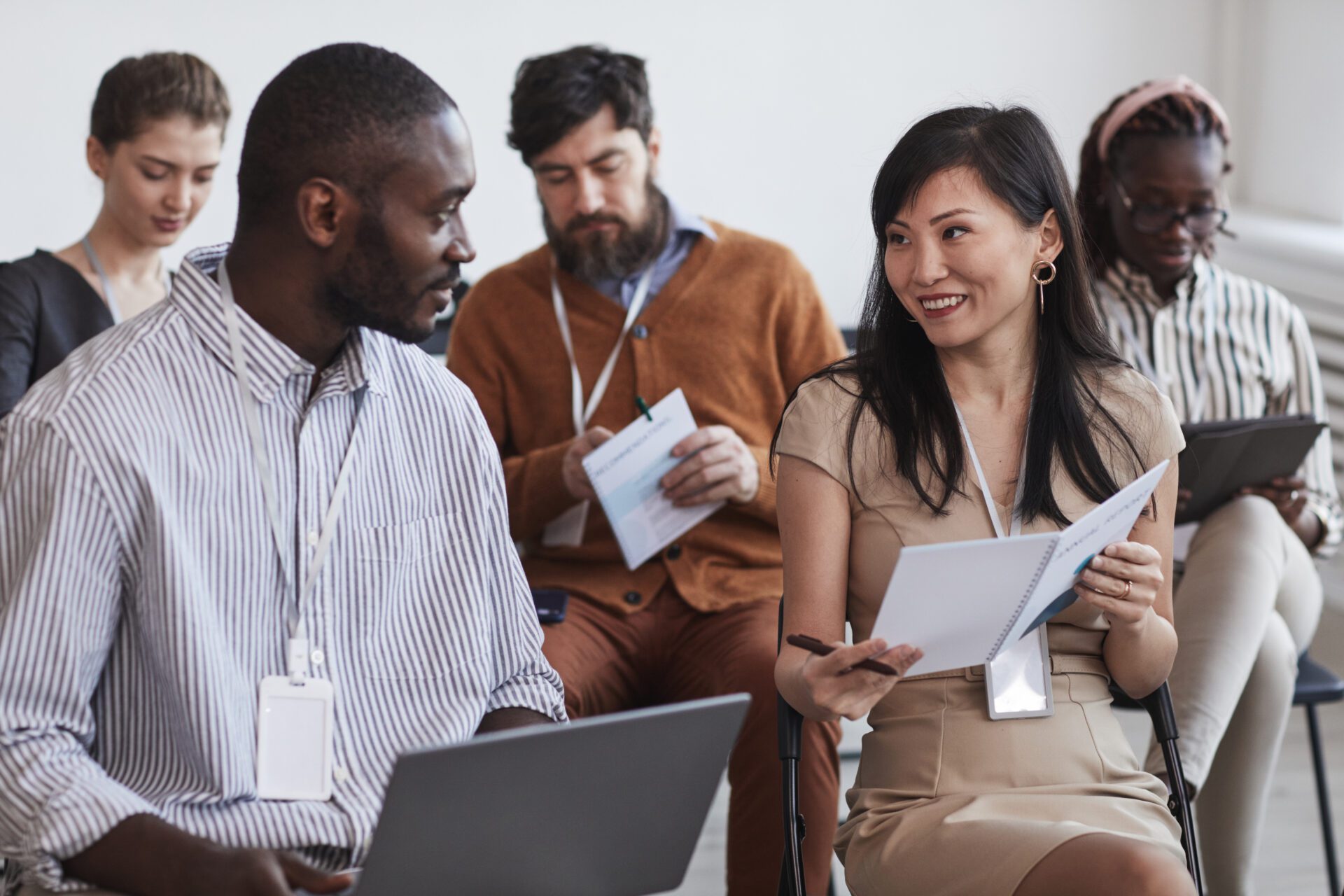 Like virtually every other industry on the planet, the exhibition, tradeshow, and conference business suffered extreme disruptions thanks to COVID-19. Some even predicted that live, face-to-face events would go the way of the dinosaur: extinct. Yet, once everyone discovered that virtual shows (despite valiant efforts on the part of organizers) weren’t as compelling as the in-person ones — and the grip of the latest COVID variants began to ease — the tradeshow market regained its pulse.

Take MHI’s MODEX for example. It was the last major U.S. tradeshow to happen before the COVID shutdowns in March 2020. It’s back in Atlanta, March 28-31, 2022 with more than 850 exhibitors and nearly 14,000 pre-registered attendees. Given where we’ve been over the past 18 months, that’s a huge crowd.

From what I’ve seen at the four shows I’ve attended since the end of 2021 the tradeshow pulse is beating at an adrenaline rush pace. People are genuinely delighted to see each other in person again. It makes sense. As human beings, we’re social creatures. True, we proved it is possible to do business virtually over the past two years. But the atmosphere at the tradeshows I’ve taken part in has been electrifying.

Amid the exuberance to get back out on the floor, tour exhibits, learn something new in educational seminars, and kick the proverbial tires, there is the chance that both exhibitors and attendees may not be thinking as strategically as they could be about these events. After all, nobody has had to plan for large-scale, in-person expos in a while. For those who are a bit rusty on how to maximize their time and investment in a tradeshow, here’s a refresher.

Strategy is the Key

Whether you’re an exhibitor or an attendee — or, in some cases, both — tradeshows, exhibitions, and conferences represent a major financial and time commitment. There’s time spent away from day-to-day work, plus the cost of travel, lodging, and meals. Exhibitors have the additional expenses of designing, building, shipping, and installing a booth and showcased equipment, as well as continuously staffing it and dismantling it at the end of the event. (This list of expenses is not exhaustive, of course, but suffice it to say that tradeshows don’t come cheap.)

That’s why it’s so critical to have a strategy, a structure, and an implementation for how your organization is going to maximize its investment in time and money in the event.

For exhibitors, it’s important to determine what you want to get out of the event. Primarily that’s new business prospects and sales (although some may exhibit at a small show as a means to test the booth’s messaging and flow, as well as gaining some team experience, prior to setting up a display at a larger event).

Regardless of the ultimate objective, you must first designate a tradeshow team (the structure) that develops and implements your unique event strategy. It should include a member of leadership with enough clout to gain buy-in and make decisions. The team should also include personnel from new business development, marketing, and sales. Depending on the size of the organization, this could be several people or just one.

Each has a crucial role in creating and implementing your tradeshow strategy:

While the financial investment may be considerably less for attendees, it’s just as important for them to develop a strategy prior to the event in order to maximize their time away from the office. At the very least, instead of wandering the show floor aimlessly, attendees should examine the exhibitor list before they book their hotel and flights. As part of the structure of your strategy, identify which technologies and vendor booths are of interest. Then prioritize them so that the top five to ten (depending on how much time will be spent at the event) aren’t missed.

If you’re researching a specific technology — either for your own organization or for your customers’ operations — and have a large enough team, divide into smaller groups so each can check out three or four exhibits. Implement a team group chat or text string used throughout the event to update each other on progress or anything notable that others should also see. Gather together over a meal to discuss findings and share opinions about what booth might merit a second look by different team members and which ones can be skipped.

For attendees with active buying intentions, schedule meetings with the exhibitors you’d like to meet in advance of the show. Some consultants or system integrators use tradeshows as an opportunity to tour a customer through different technology options as part of the decision-making phase of a project proposal. This can be a highly effective use of time since multiple vendors are likely to be on site.

Ultimately, whether you’re exhibiting, attending, or both, don’t leave home without a strategy, a structure, and an implementation plan. This will ensure you make the most of your investment in time and money.

Looking for more ideas about how to maximize your tradeshow experience? I recently recorded a podcast on this topic. But, if you’d rather talk about it face-to-face, I’d be happy to connect with you in person at MODEX. Email me at gary@designedconveyor.com, drop by DCS’ Booth B4900, or connect with us ahead of time to schedule a visit at the show. Our entire team looks forward to seeing you there.

Gary has been in the material handling industry for nearly 20 years, founding a design and engineering firm in Ann Arbor, MI which he grew from two employees to 80+. Since then, Gary has built strategic sales teams, executed national sales and marketing initiatives, and trained high-performing sales and business development teams in the supply chain industry.

Gary has been married to his wife Judy for 40 years, and they enjoy spending time together outdoors in the mountains of Colorado.