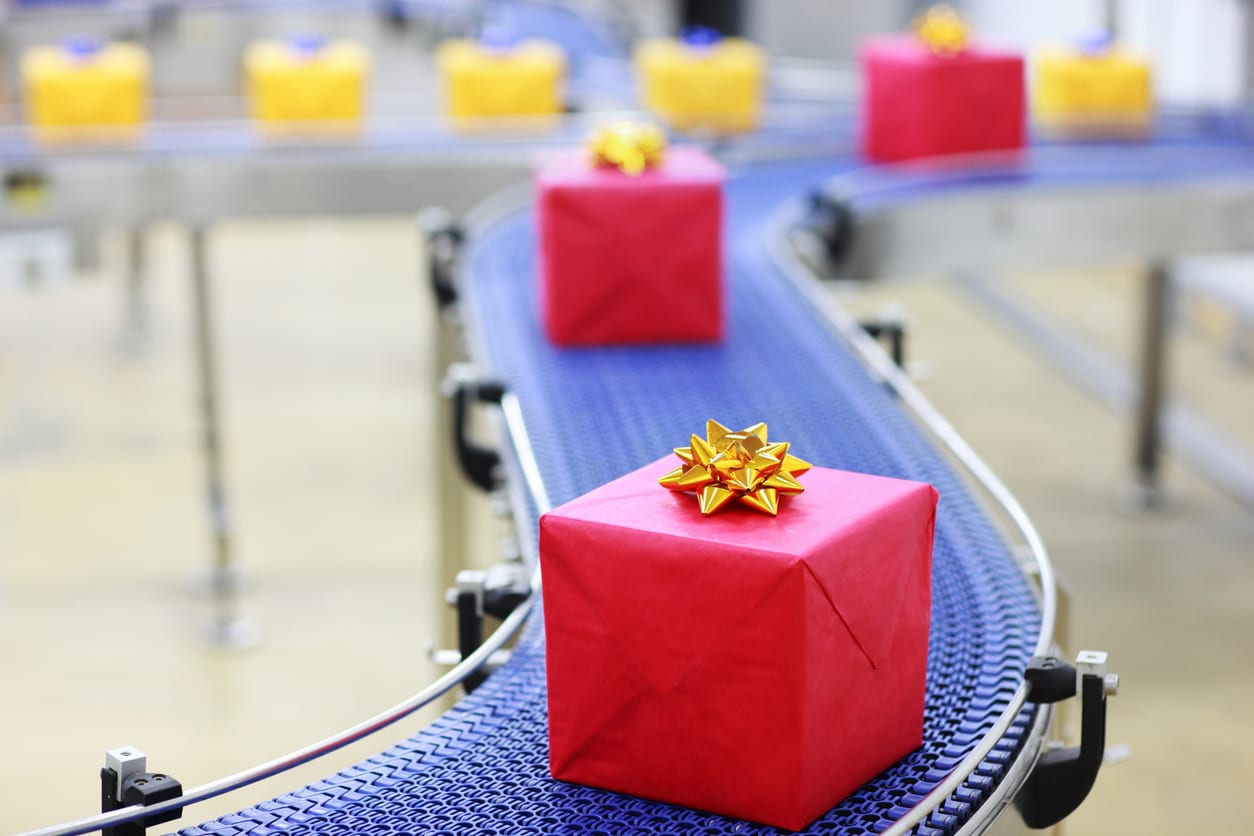 As was widely reported in August, several retailers’ sales beat analysts’ quarterly forecasts, as American consumers — many of whose plans for dining out, travel, and entertainment were squelched by COVID — spent their paychecks and stimulus funds on online shopping sprees instead.

The biggest winners, according to Bloomberg, were the retailers who already had a robust e-commerce model in place, as consumers sheltered at home and traded in-store visits for home deliveries and curbside pick-ups to minimize their risk of contracting coronavirus. Also seeing big receipts were home improvement stores, as people spent more time at home, working or schooling remotely, and decided to improve their domiciles. Among the top performers were Amazon, Target, Walmart, Lowe’s and Home Depot, all of whom benefitted from the dramatic increase in online shopping.

The unanticipated uptick in spending led to a likewise unexpected peak at warehouses and distribution centers across the country. The expression “Christmas in July” quite literally took on new meaning for distribution managers, who typically use the summers to begin preparing for the upcoming peak capacities, order volumes and throughput associated with the end-of-year holidays.

Now that American consumers have proven their willingness to spend, many of those distribution professionals expect even greater holiday demands than ever before. That is, American shoppers will refuse to let the coronavirus be the Grinch that stole Christmas.

General merchandise and home improvement retailers aren’t the only ones whose fulfillment operations have been taxed by COVID-19. Sporting goods retailers have likewise felt the effects of customers seeking to spend more time in the great outdoors as another way to reduce their health risks, with fishing tackle, hunting gear, and outdoor equipment selling out. Office equipment sellers have reported shortages on desks and chairs, as families move the kids from the kitchen table to a designated in-home space for school and parents create home-based workspaces. With more people cooking at home, freezers and refrigerators have been difficult to come by.

One potential impact of this early debut of peak is that shoppers may not be able to find the items they wish to purchase as holiday gifts. Particularly if they wait to do their shopping on Black Friday, Cyber Monday, or during Cyber Week. Further, those who prefer to shop last-minute — as in a week to a few days before Christmas — may not receive the items on time or when they expect as facilities struggle to keep up with the avalanche of orders.

Additionally, free one- or two-day shipping may go completely by the wayside for some items and some shoppers, as distribution centers strategically route items based on proximity to the shipping destination. And, the three biggest parcel delivery carriers — FedEx, UPS and USPS — have all announced the addition of surcharges to their pricing during the peak holiday season, some starting as early as October. The trio notes that they too have been impacted by the surge in residential deliveries and are expecting even higher holiday demand than ever before. Finally, post-holiday returns will be correspondingly larger as well.

So how can retailers mitigate these challenges? The traditional methods to handle the increased order volumes and reverse logistics associated with peak seasons have been labor-based (such as hiring temporary workers or adding a second or third shift). But attracting and retaining warehouse workers was already a challenge for operations pre-pandemic. In a year where social distancing and staffing reductions (either voluntary or involuntary) have become the norm, those approaches simply won’t work.

In my next post, I’ll share a few recommended strategies retail distribution centers can deploy to help address the upcoming peak holiday season during the COVID-19 pandemic. In the meanwhile, want to learn more about how DCS can help your traditional retail or e-commerce order fulfillment operation? Connect with us.

As an SME in material handling, Satyen has an extensive background in creating solutions for the retail/e-comm, Parcel, Post, and baggage handling market verticals. He has worn several hats including Product Management, Applications Engineer, Technical support and most recently as an Account Executive with DCS. Satyen has conducted numerous educational speaking engagements and has sat on committees for MHI providing directional insight for the industry.