As a member of the supply chain and materials handling industry for my entire career, I still get a thrill from seeing the latest technologies on display at tradeshows like the recent MODEX 2022. “Kid in a candy store” was heard more than once from my colleagues as they described my enthusiasm when touring the exhibits. I wasn’t alone in my excitement — more than 35,000 participants were there as well, and the energy was palpable. It was easily the busiest and most crowded MODEX I’ve ever attended.

Not only were people happy to be back at an in-person event, but there was also some serious tire kicking happening. Attendees were actively looking for solutions to their supply chain challenges.

With so many companies facing tremendous pressure to get products out the distribution center door — whether to replenish retail stores or to ship items direct to consumer — yet stymied by an extremely limited labor market, vendors are responding with new, more affordable automation. Solutions such as shuttle systems and autonomous mobile robots (AMRs) that can be quickly deployed at a lower initial capital investment for a faster return on investment (ROI) were displayed throughout the show floor. These technologies are helping companies pick, pack, ship, and fulfill orders faster in order to remain competitive.

AMRs in particular have become a mainstay at tradeshows since they first debuted at ProMat in 2007. Their capabilities and applications have steadily increased over the years, according to recent research from Modern Materials Handling and Peerless Research Group. While the majority (63%) of robotic solutions in use today are used for picking, another 50% are used for sorting, and 31% for replenishment. The study also found that just 25% of operations use robotics evenly across five separate processes: transport of heavy or unit loads, case or tote transport, goods receiving and unloading, putaway, or order consolidation.

Those lower deployment percentages exist because currently the majority of robots are typically most successful in applications heavy on product consistency. That is, they’re best suited for handling standard sizes, common sizes, and similar weights. Anything outside a specific set of parameters requires human intervention.

One of the most difficult tasks for the successful application of robotic automation is unloading trailers of floor loaded cartons, cases, or boxes stacked in a range of configurations. Because the cartons are nearly always dimensionally inconsistent and stacked irregularly, manual unloading has historically been the most efficient way to unload these vehicles. Humans can easily adapt to the broad range of cases and their differing characteristics as they pick up and place each box on an accordion conveyor extended into the trailer.

But at MODEX I saw a solution that stood out to me as one that may have finally conquered this challenging application: the Stretch mobile robot for case handling and truck unloading from Boston Dynamics (the same company that brought us Spot, the dancing robotic dog that is also being used to inspect and monitor industrial safety).

Boston Dynamics had a demo in their booth at MODEX that featured Stretch unloading cases, and has already deployed the solution at DHL Supply Chain (the parcel carrier announced a $15 million investment in the technology in January). Stretch is a compact, omni-directional AMR topped with a multi-axis robotic arm sporting an adaptive gripper. The robot is packed with perceptive sensors and computer vision technology that enable the unit to detect and identify each carton, accurately pick it up, and gently place it on the unloading conveyor — no programming required.

What was particularly interesting to me was that the robot wasn’t especially fast, nor did it try to maintain control over the stacks of boxes. Instead, its programming sacrifices speed for an emphasis on reliability and accuracy.

For example, just like when a human unloads a trailer, boxes will fall to the ground. Whereas previous robots would have been impeded by this, Stretch “sees” what happened and responds by turning around to pick it up then place it on the conveyor. Human intervention is completely unnecessary.

And, when you consider how hot it can be to unload trailers in the middle of the summer at a warehouse or parcel sortation center receiving dock — such as those found at DHL hubs throughout the country — replacing a human with a robot that can work for a full shift without requiring breaks in a tight labor market is a no brainer. The speed of unloading is no longer as important as simply getting the job done. For that reason, I think we’ll be seeing more robotic solutions trend in this direction, and more companies deploying them throughout their operations.

What technologies at MODEX caught your eye? Connect with us and let us know. 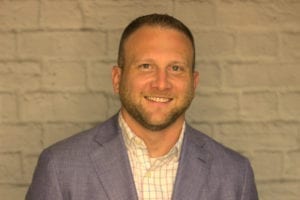 Matt Ferguson serves as the President of Designed Conveyor Systems and leads the company with his 15+ years of industrial automation experience and five years in material handling. Matt received his Bachelor of Science in Electrical Engineering from Clemson University and began his career as an electrical and controls engineer for a systems integrator specializing in material handling and process automation. He has since grown through progressive roles within system integration, including project management, sales, and leadership. Outside of the office, you can find him spending time with his wife and six children.